Two in three Australians will be diagnosed with Skin Cancer by the time they are 70. If you have had one skin cancer you have on average, a 35% chance of another one within 5 years.

Excluding non melanoma skin cancer, melanoma is the third most common cancer in Australia in both women and men. Well over 10% of these Australians will die from it.

Many of us develop skin cancer but it is destroyed by our immune system before it can grow. The first line of attack are the Langerhans cells. Langerhans cells are dendritic cells (antigen-presenting immune cells) of the skin. They are present in all layers of the epidermis and are most prominent in the stratum spinosum, the large middle layer in the diagram. These cells move around the skin detecting skin threats such as cancer.

The population group with the highest rate of melanoma in Australia is a person who emigrated from Europe or North America aged 5 or under. The child’s skin get severely burned several times until their parents realize how more intense the sun effect here is compared to where they came from. 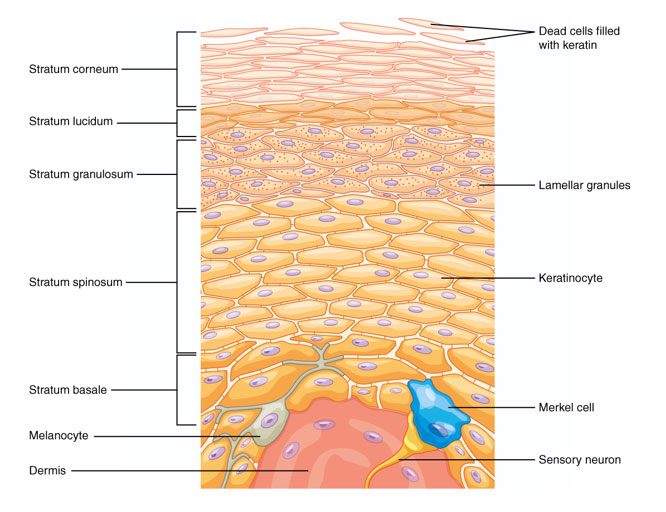